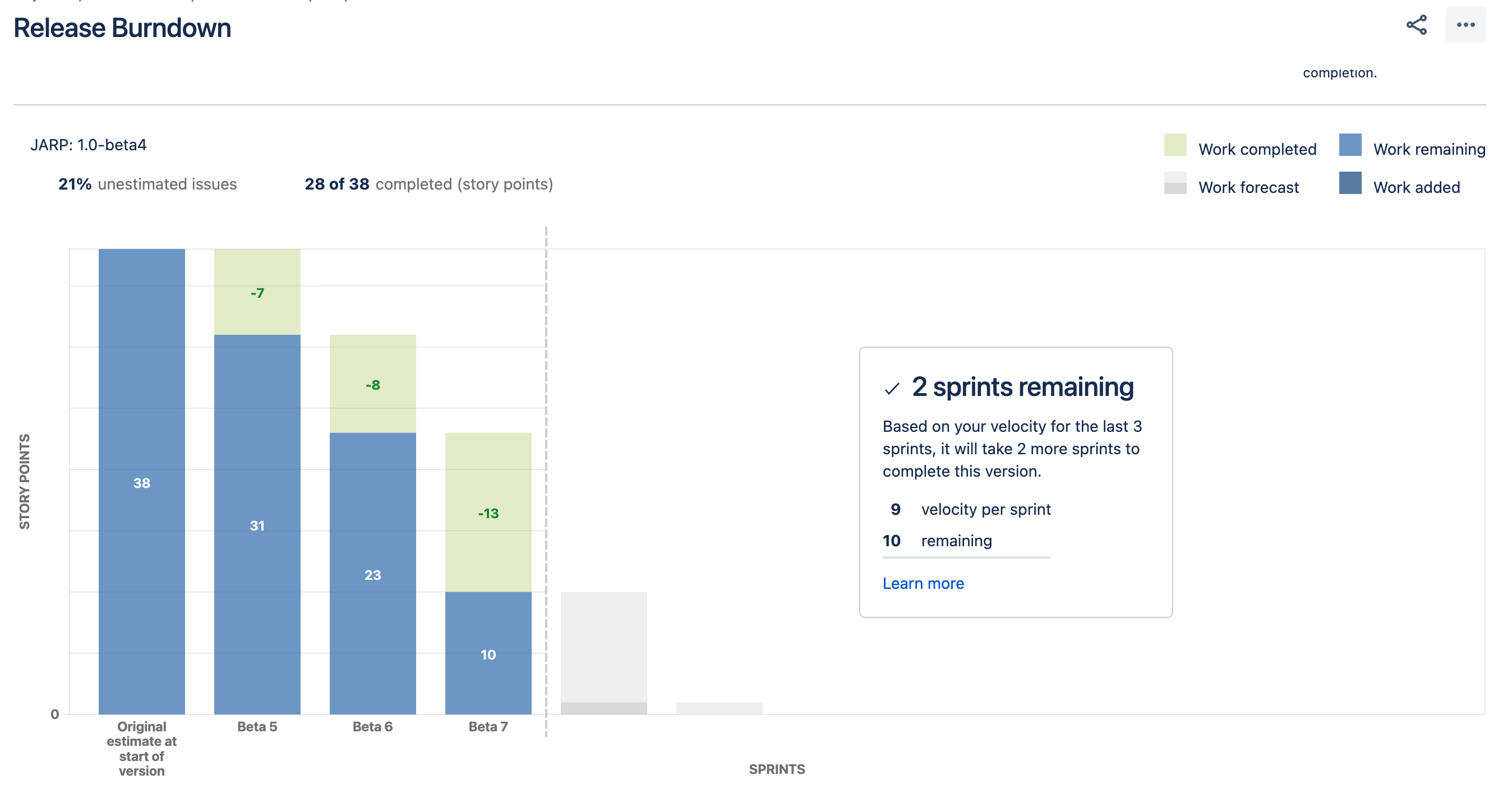 The Release Burndown report shows you how your team is progressing against the work for a release. In Jira Software, there is no 'release' entity—a version is equivalent to a release (hence, the term 'version' will be used instead of 'release' in this document). The report will show data based on the estimation statistic that your board is using.

Here are some of the ways that you could use a Release Burndown report:

If you have used the Version Report before, you will notice some similarities. However, the Release Burndown report is optimized for scrum teams that work in sprints — which makes tracking much easier.

If you are using Internet Explorer 8, the Release Burndown will not work.

Before you start using the Release Burndown report, you should get to know how it works.

*not the same as the velocity described in the Velocity Chart.

The following questions and answers cover the other key functions of the Release Burndown report:

Why don't the dates for the first/last sprints on my report match the Start date/Release date configured for my version?

The Start date and Release date configured for the version are shown on the bottom of the report as the Planned start date and Planned end date. However, these are planned dates, and they do not determine the first and last sprints shown on the report.

For example, if you have only estimated 10% of the issues in the version, then the report predicts the completion of work for the version based on the 10% of the total issues. In reality, your team probably has much more work left to complete.

If a completed issue is reopened or added/removed from a version, how is it represented?

Issue completed in a version, but removed from the version afterwards:

Issue completed in another version or without a version, but later included in the version (shown on the report):

Issue completed in a sprint, but only added to the version afterwards:

If your issue is in an unmapped status (i.e. status not mapped to a column), it will not be considered in the Release Burndown chart. That is, it won't be included in the sprint bars, the % unestimated issues, remaining story points, etc.