Use the release page to check the progress of a version

Versions represent points in time for your project. They can be used to schedule how features are rolled out to your customers, or as a way to organize work that has been completed for the project.

In Jira Software, versions are managed via the Releases feature.

How do I find the release page for a version?

Go to your project > Releases > your desired version. 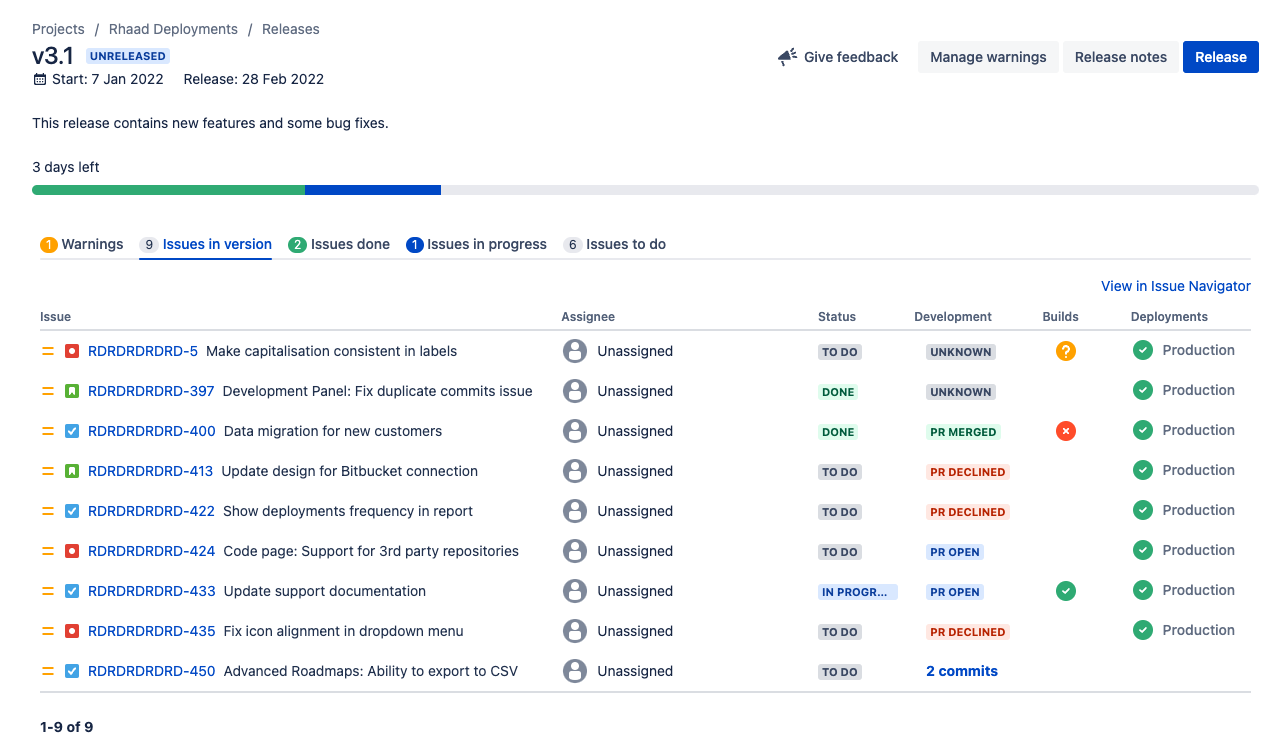 What statuses are considered to be 'To Do', 'In Progress', and 'Done'?

On the release page for a version, issues are grouped into tabs, depending on whether they are 'To Do', 'In Progress', or 'Done'.

An issue will appear under 'To Do', 'In Progress', or 'Done' according to the issue’s status and status category. For example, the status 'Open' may have its status category set as 'To Do'. Therefore, it will display on the release page in the 'Issues to do' tab. Learn more about issue statuses in Jira and how to configure them.

What warnings are shown on the 'Warnings' tab?

Issue warnings tell you when your issue data is potentially out of sync with your development data. Depending on which development tools are connected to Jira Software, the release page will display the following warnings:

Why can't I see any warnings?

Warnings will only display on the release page if: 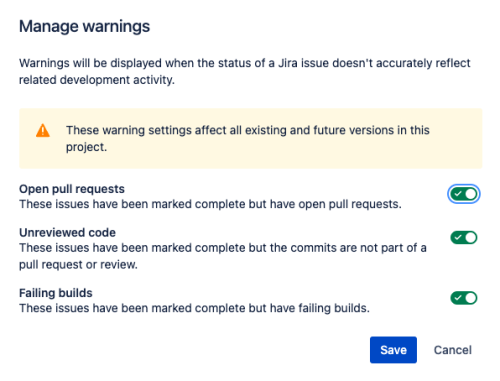 What development information will I see on the release page? 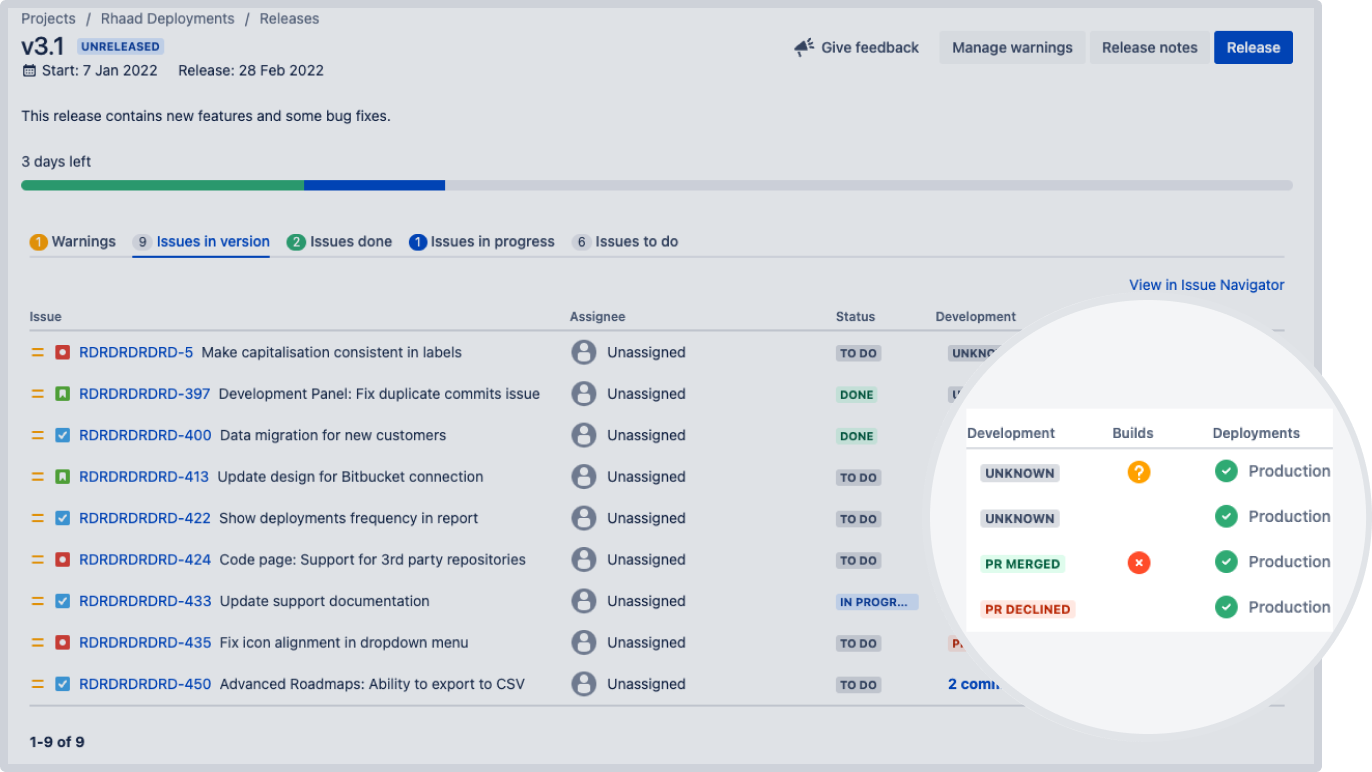 The release page will display the commits, branches, pull requests, builds, and deployments related to each issue, provided that:

If you’ve connected a build tool like Bitbucket, GitHub, or GitLab, you’ll see the build status for each issue in your version in the Builds column. We’ll show an icon to indicate whether the build was successful, failed, or unknown. Click on a build icon to view a detailed dialog with links to the associated pipelines in your build tool.

If you’ve connected a CI/CD tool like Bitbucket Pipelines, GitHub, GitLab, or Jenkins, you’ll see the deployment status of each issue in your version in the Deployments column. We'll show an icon to indicate whether an issue has been deployed successfully and a label to tell you what environment it’s been deployed to. Click on a deployment status to view a detailed dialog with links to the associated pipelines in your CI/CD tool.

How do I release a version?

To release a version, go to your project > Releases > your desired version, and select ‘Release’. Releasing the version will mark it as 'Released' in Jira Software. You will have the option of setting a release date and moving any incomplete issues to another version.

On this pageHow do I find the release page for a version?What statuses are considered to be 'To Do', 'In Progress', and 'Done'?What warnings are shown on the 'Warnings' tab?Why can't I see any warnings?What development information will I see on the release page?Commits, branches, and pull requestsBuildsDeploymentsHow do I release a version?
CommunityQuestions, discussions, and articles