Rank your issues to organize your team's tasks more effectively. By ranking issues, you actually arrange issues according to their relative importance or urgency. For example, you have two issues that are of 'High' priority. With Jira Software ranking, you can choose which of these two issues have a higher priority or ranking than the other.

When you rank an issue, you also change its relative priority in its current column and swimlane.

To rank an issue:

Screenshot: ranking an issue in the backlog 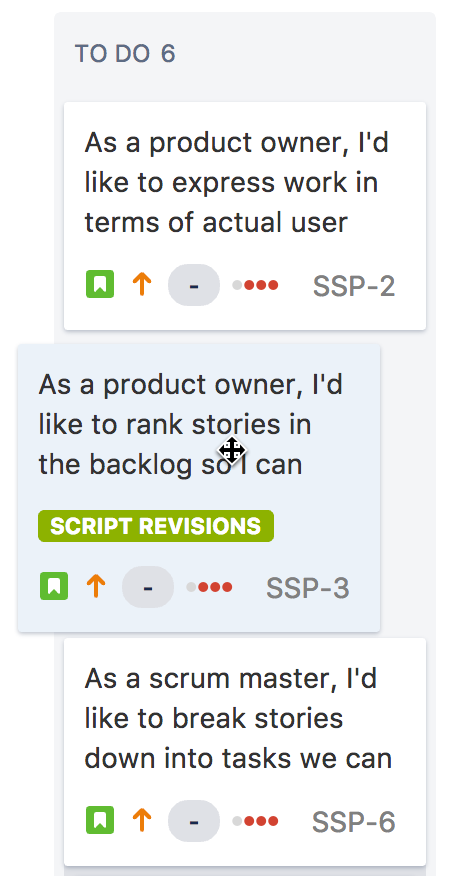