You can highlight boards you want to easily find by starring them. “Star” boards to move them to the top of your home and boards page, so you can find your favorite boards without having to scroll. There is no limit to the amount of boards that you can star.

Where to find starred boards

Starred Boards show up in a few different places in Trello: 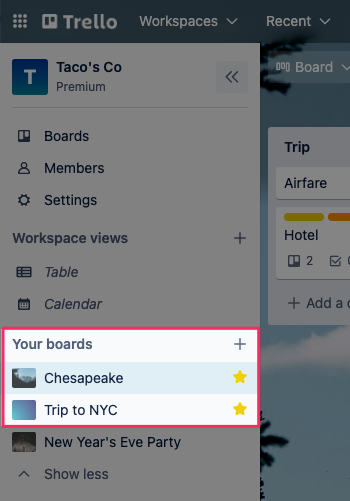 The sidebar will only show starred boards inside the current Workspace.

Drag-and-drop starred boards on the home and boards pages to rearrange them. This way, you can put your most important boards first.

On the board itself, the star icon will show up to the right of the board title.

In all other places, hover over a board tile and a star icon will appear on the right side. Click it to star a board. 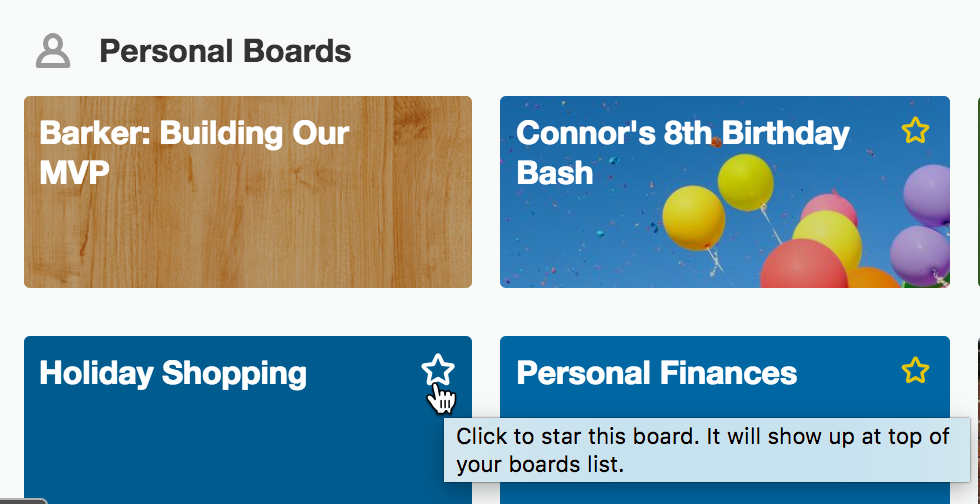 To un-star a board, click the star icon again.

On this pageWhere to find starred boardsRearrange starred boardsStarring and un-starring
CommunityQuestions, discussions, and articles