While an Enterprise plan allows you to have multiple instances of a product at no additional cost, Marketplace apps are not included in your plan. Apps are billed for each instance individually based on the user tier you set for that instance at purchase (or later by contacting us).

In a large product instance, if you have an app that’s only needed by some people, you may end up paying for users who never need to use that app. To avoid this situation you could choose to add the app to a separate product instance with fewer users. This generally results in a lower app bill, but could also make it harder for people to collaborate with others, search for issues and pages, move items between projects and spaces, and would increase the product administration overhead.

It’s a trade-off. You’ll need to consider whether the people who need the app work together in the same projects and spaces, or across many different ones with people who don’t need the app.

The Acme development teams (8,000 people) and sales team (200 people) currently use the same Jira Software instance. The sales team’s projects are only accessible to the sales team. All teams use a diagram app, and the sales team also uses a customer relationship management (CRM) app. This app is not used by any other teams. 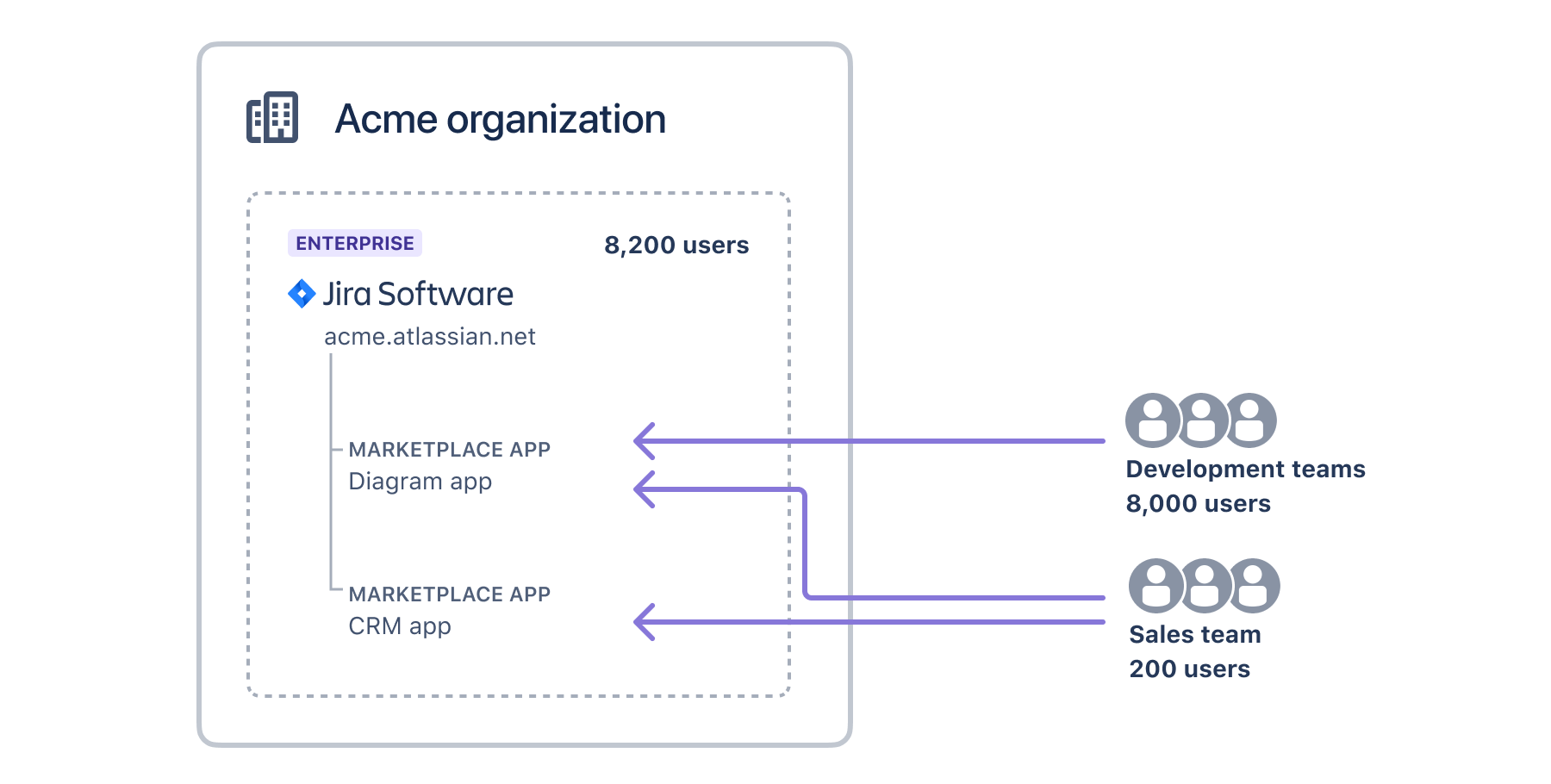 Based on this, Acme is currently billed for: 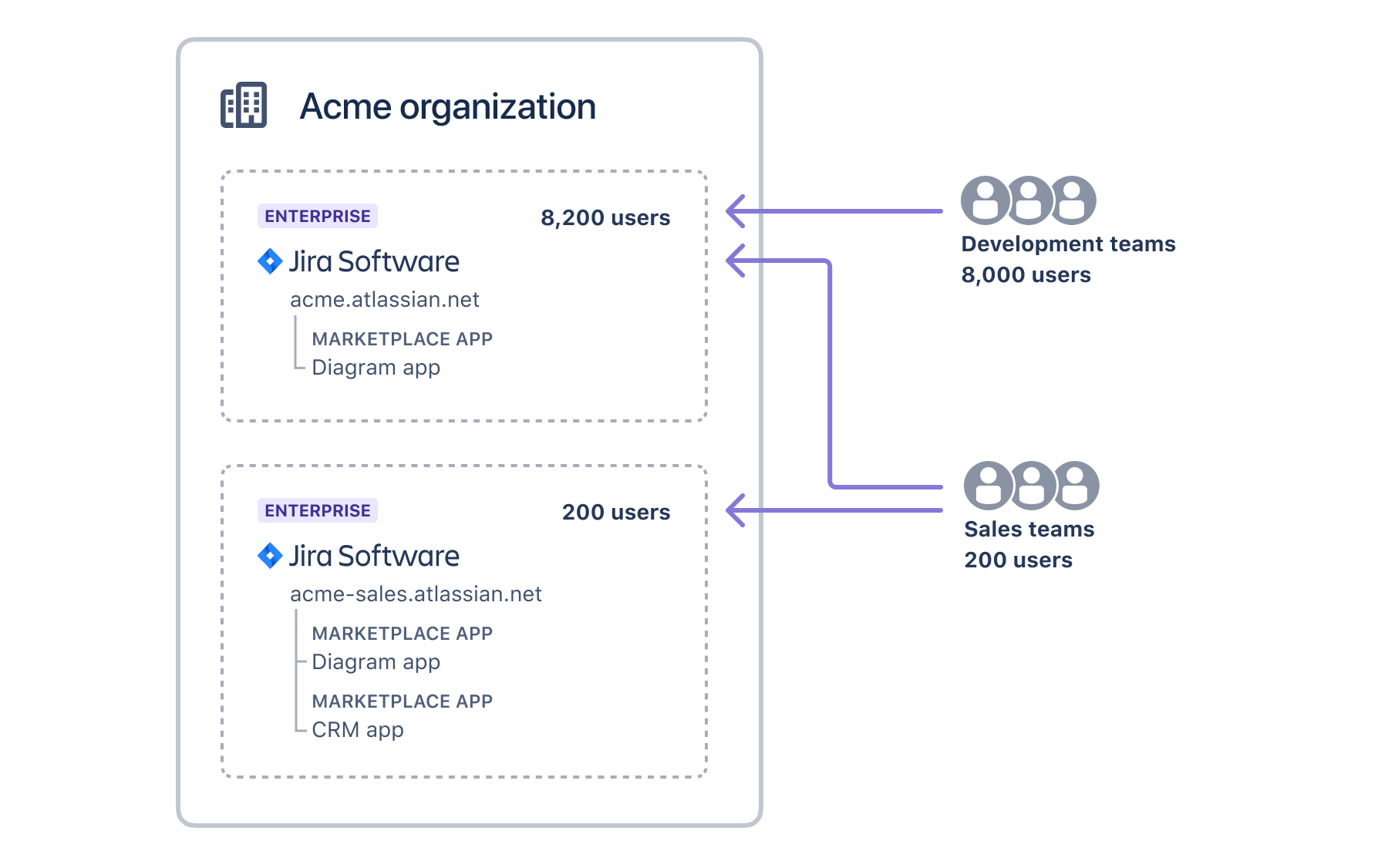 With this structure, all 8,200 people are still covered by the Jira Software Enterprise plan, and Acme would be billed for:

This means Acme no longer pay for the users who don’t need the CRM app, which may be a significant saving. However, it also means the sales team is working across two instances, which may add a lot of overhead to their work.

App pricing changes by user tier. Because the price may be higher at a lower user tier, it is worth estimating the actual costs when making decisions about your instances.

To estimate actual app costs, head to the app listing on Marketplace and select the Pricing tab. You can use the estimate tool to see how your bill would change with different user counts. Remember to select Annual for the product billing cycle.

When is the best time to add more product instances?

If you are considering adding more product instances, we recommend doing this before new teams or users are onboarded because moving teams and their data around after people have already been using the products for some time can be difficult, and may involve exporting and importing data between instances, or performing a cloud-to-cloud migration. Learn what's involved in a cloud-to-cloud migration

On this pageExample scenarioEstimate the actual costsWhen is the best time to add more product instances?
CommunityQuestions, discussions, and articles