Manual steps allow you to customize your CI/CD pipeline by making some steps run only they're manually triggered. This is useful for items such as deployment steps, where manual testing or checks are required before the step runs.

Configure a step as manual by adding  trigger: manual to the step in your bitbucket-pipelines.yml file.

As pipelines trigger on a commit, you can't make the first step manual. If you'd like a pipeline to only run manually, you can set up a custom pipeline instead. Another advantage of a custom pipeline is that you can temporarily add or update values for your variables , for example to add a version number, or supply a single use value.

Any existing pipeline can also be manually run against a specific commit, or as a scheduled build.

You'll need write permission on the repository to run a pipeline manually, and you can trigger it from the Bitbucket Cloud UI.

Step 1: Add a pipeline to the bitbucket-pipelines.yml file

You can manually trigger a build for any pipeline build configuration included in your bitbucket-pipelines.yml file:

Pipelines can be triggered manually from either the Branches view or the Commits view in the Bitbucket Cloud interface.

Then, when you run a custom pipeline (Branches > ⋯ > Run pipeline for a branch > Custom:..) you'll be able to fill them in. 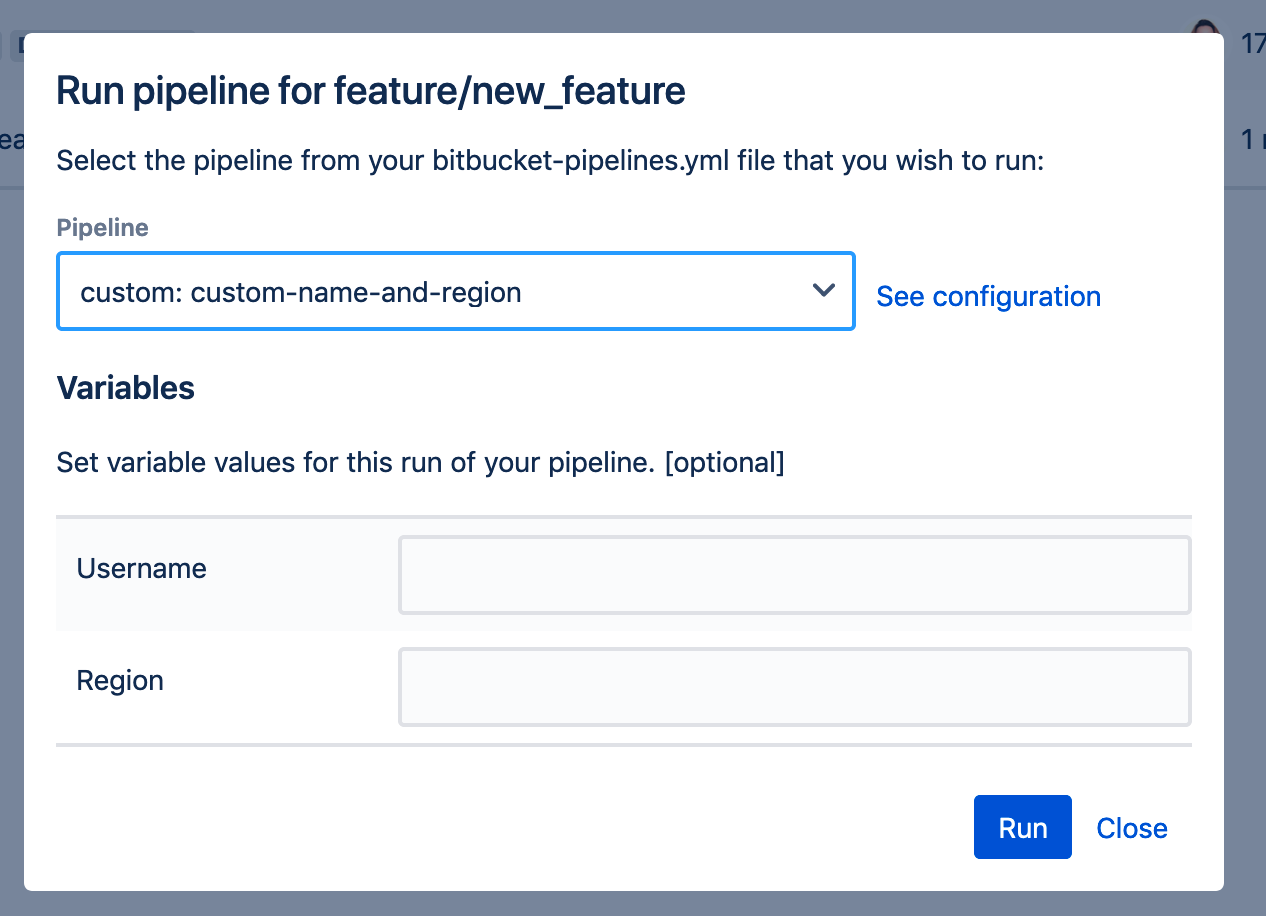