How the Jira Cloud Migration Assistant links your data

If the cloud site already has data, the Jira Cloud Migration Assistant might link the data instead of re-migrating it. This page explains how the migration tool decides what to do with the data.

The Jira Cloud Migration Assistant will save a record of each entity (i.e., workflow or custom field) it migrates for the first time. In subsequent migrations to the same cloud site, the migration assistant will check to see if it already has a record of that entity.

If an entity in your migration has the same name as an entity in the cloud site, and we have a record of migrating it, we will link your data to the existing entity in the destination site. We will not re-migrate this entity. If you don’t want this to happen you’ll need to contact our support team and request that the records of past migrations be deleted.

If an entity in your migration has the same name as an entity in the cloud site, and we don't have a record of migrating it, we will modify the name by adding (migrated) to avoid duplicates. We will then migrate your data along with this modified entity. For example, an entity called Custom field A will be renamed to Custom field A (migrated) after migration. This rule is true for all entities except Resolution, which we will not migrate at all. Instead, we will link your data from the server site to the existing entity in the cloud site. This is because Resolution is a default entity in cloud. 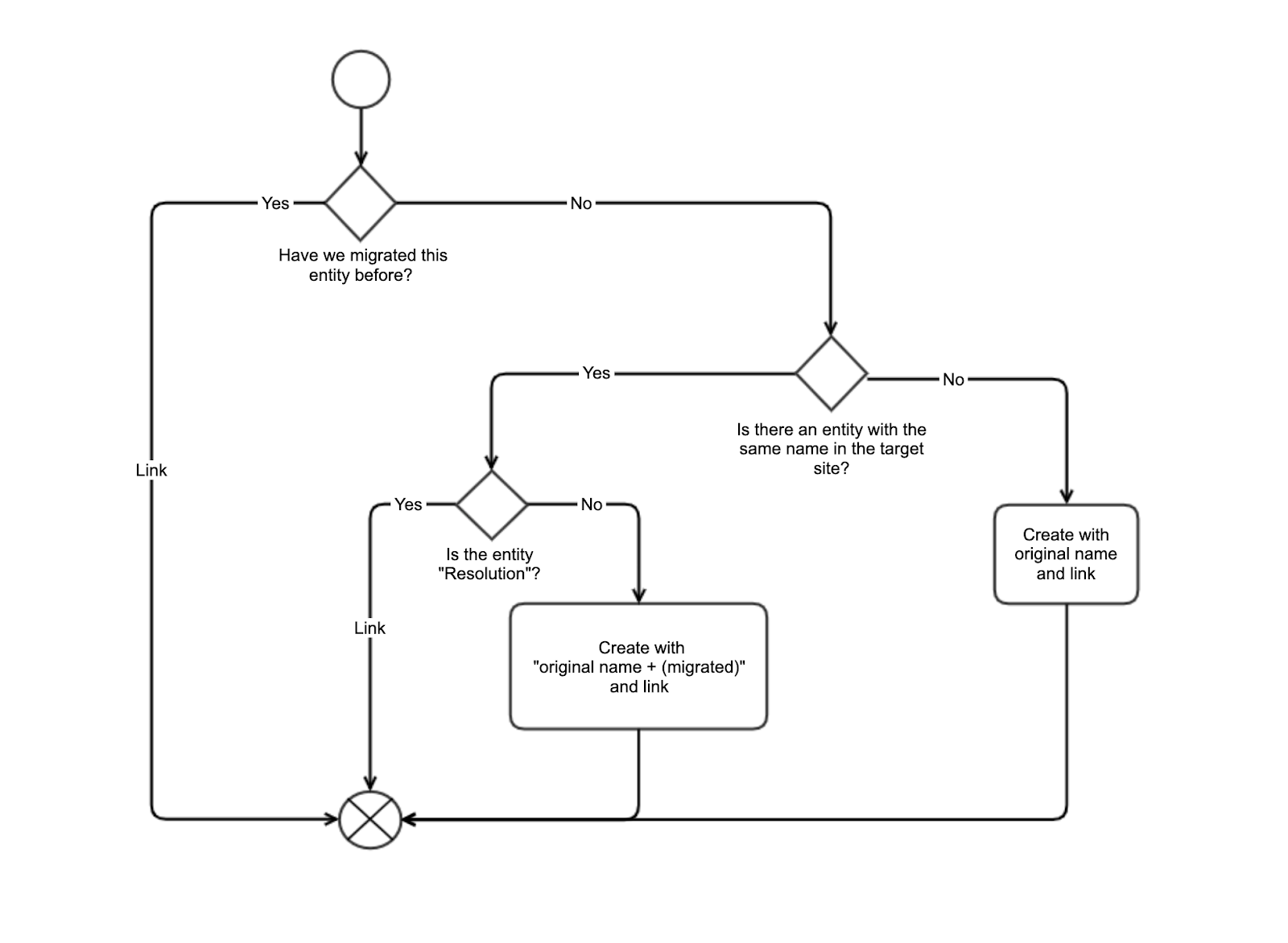 If you have JQL filters or quick filters that rely on these entities, make sure you check they are working after migrating.

Duplicates may be caused by:

We recommend performing your tests in a separate site to your production migration to avoid duplicates. If you are still seeing multiple duplicates in your cloud site after migration, contact our support team who can help you identify why this is happening. However, any changes that need to be made to the cloud site can only be performed by site admins.

User migration uses the same logic. If a user's email address already exists in the destination site, it will not be re-migrated. Learn more about user migration

Server groups that already exist in the destination site will be merged. This means that some users may receive escalated permissions through the migration. Learn more about how groups and permissions are migrated

We have a number of channels available to help you with your migration.