When configuring automation rules, it's possible to create a separate section of the rule and perform actions on related issues - this is referred to as branching. Below you’ll find the types of branches available in Jira Cloud automation. To learn more, see What is rule branching? 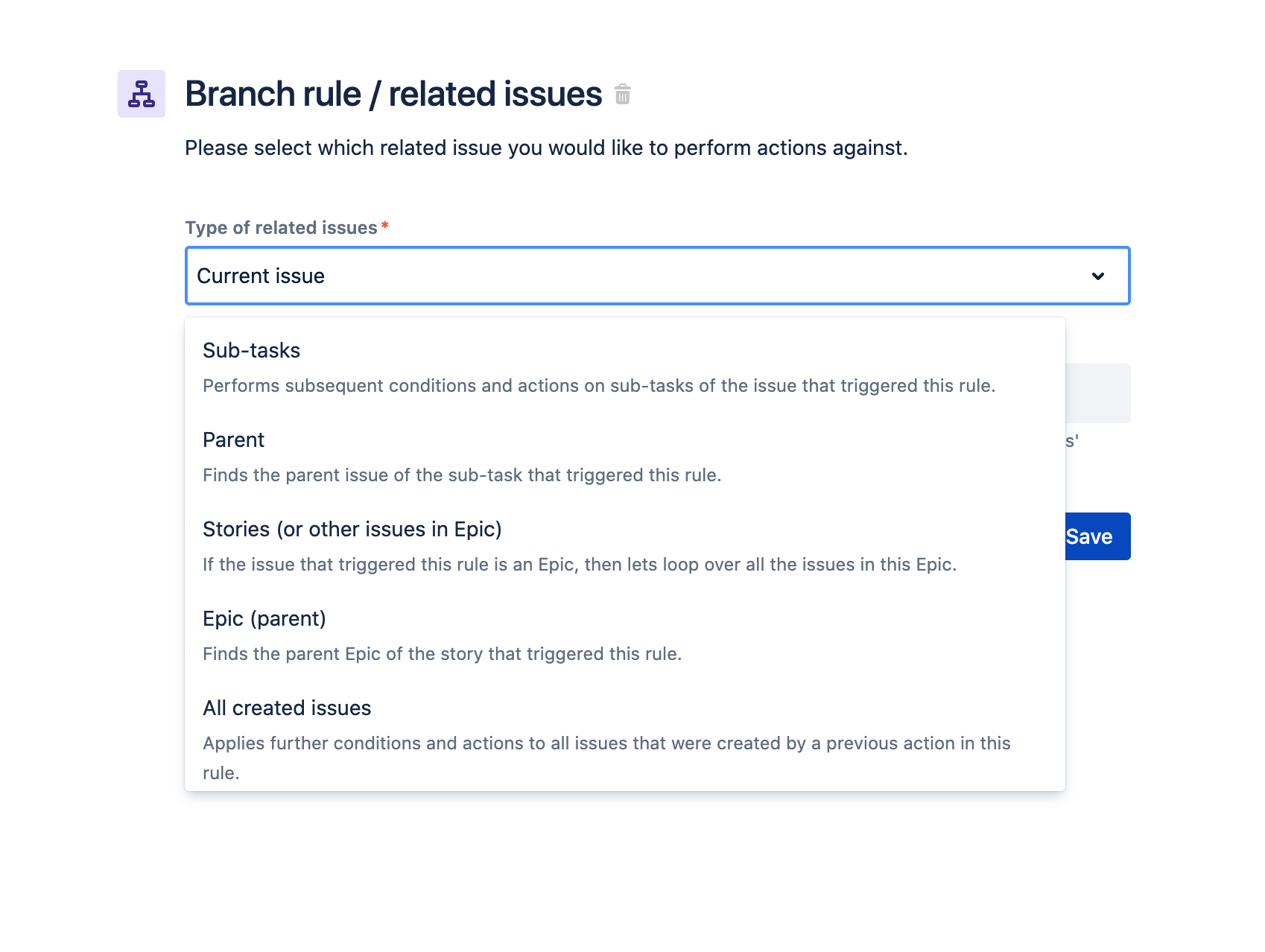 Related issues branches allow you to perform actions on issues related to the issue that triggered the rule. For example, you may have a rule that’s triggered when an issue moves to Done, where you add a comment on that issue’s subtasks.

Rules can create issues using the Create issue and Clone issue actions. Performing further actions, such as adding a comment or creating sub-tasks, on these newly created issues within the same rule requires a related issue branch.

Alternatively, you can use the Related issues condition (Most recently created) if you the only need to action a single issue. 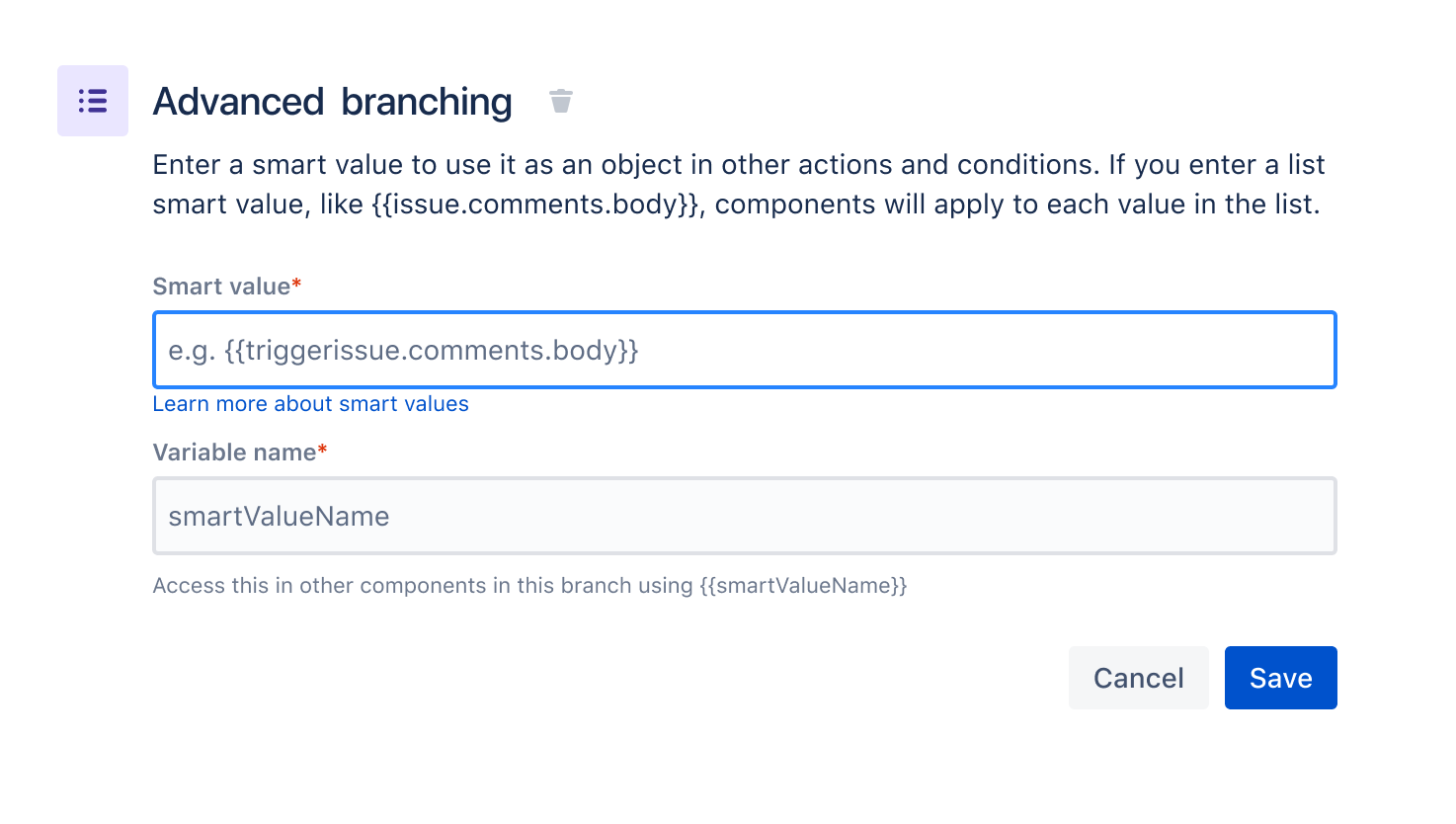 Advance branching allows you to enter a smart value, and perform actions on that value as an object. For example, you could enter the smart value {{triggerissue.comments.body}}, and this would allow your branch to perform actions for each comment on the issue.