The Mars colonization crew needs a place to put all their mission-critical information and resources, and you're charged with setting it up. This part is going to be easy, because the information needs to be viewable by the entire Teams in Space organization. That means we can set up the project space without any special permissions.

You now have a space set up for the Mars colonization project. Because everyone at Teams in Space HQ needs access to the information in this space, you don't need to do anything with the space's default permissions. It's visible to everyone in your organization, but not to the general public.

Every space has a default overview, which you can customize to suit your needs. Add the following image and text to your space's overview to get things started. Just click the edit pencil (or press E on your keyboard) to edit the overview, and copy and paste the text. For the image it's best to drag it to your desktop and save it there, then drag it into your page. That'll make sure the image is attached directly to the page. 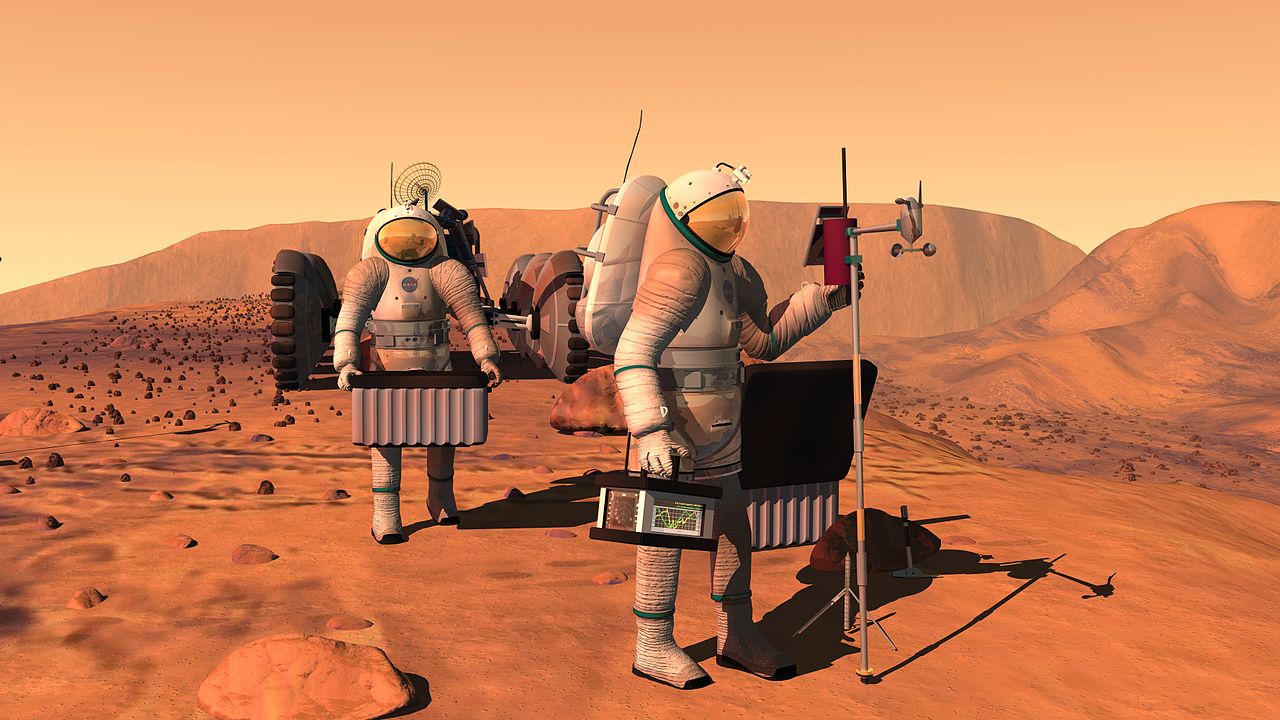 A human mission to Mars has been the subject of science fiction, engineering, and scientific proposals throughout the 20th century and into the 21st century. The plans comprise proposals to land on Mars, eventually settling on and terraforming the planet, while exploiting its moons, Phobos and Deimos.

Exploration of Mars has been a goal of national space programs for decades. Preliminary work for missions that would involve human explorers has been undertaken since the 1950s, with planned missions typically being cited as taking place 10 to 30 years in the future when they are drafted. The list of manned Mars mission plans in the 20th century shows the various mission proposals that have been put forth by multiple organizations and space agencies in this field of space exploration.

Your 'Mars colony' space is ready for your team to add pages to. If you want to find it again, Click Spaces in the Confluence navigation, and select it from the list; to add a page to it, navigate to the space, and click

Now it's on to your personal space; a place where you can work in peace, and be sure that no one's looking over your shoulder.